The electronics movement refers to government legislation that is intended to allow consumers the ability to repair and modify their own consumer electronic devices, where otherwise the manufacturer of such devices require the consumer to use only their offered services or void the product’s warranty.

Today, unless you live in a cave, most new cars—luxury or otherwise—come equipped with onboard computers, complicated diagnostic systems, and software that controls everything from the radio to the navigation system. You can’t repair a computer, or for that matter, any electronic device with a wrench – or a smartphone with a screwdriver.

The movement started with the automotive industry. In 2012, Massachusetts passed the United States’ first Motor Vehicle Owners’ Right to Repair Act. Basically, the act requires automobile manufacturers to provide the necessary documents and information to allow anyone to repair their vehicles.

And while the act was not passed at the federal level, the major automobile trade organizations signed a memorandum to agree to abide by Massachusetts’ law in all fifty states starting in the 2018 automotive year. At the same time, many electronics manufacturers instituted systems where if you wanted to repair a device or obtain repair parts, you would have to go through one of their authorized vendors or the original equipment manufacturer (OEM).

The right to repair?

But the opposition also makes some good points for their case. , it prevents any type of third-party competition from servicing these devices, limits other manufacturers from providing compatible parts that may offer more benefit to consumers (such as more environmentally-friendly manufacturing processes), and can stifle innovation.

And then, there’s the old argument that manufacturers make things today and won’t allow consumers to do their own repairs because the product was made to have a short lifespan anyway — planned obsolescence. This is why The Repair Association, representing both repair shops and consumer tinkers started lobbying for consumers right to repair in 2014.

They were able to help four states get right to repair legislation passed and now, we are ready to discuss what the heck’s going on with farmers in California.

Nationwide, the Farm Bureau lobbying organization has so far been one of the most powerful groups to put its weight behind “right to repair” legislation. And it has been the farmers of this nation who have been leading the movement of late. Think about it: A piece of farm equipment goes down. What are you supposed to do? Most farmers would just fix that piece of machinery and get back to work. 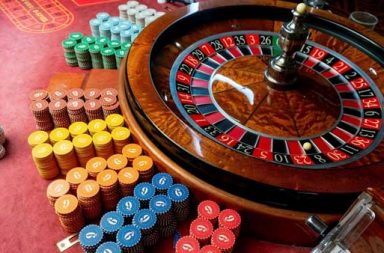