The term fabrication when used in reference to industry, usually means joining, shaping, cutting, stamping and assembling parts from source materials to build products, machines, structures and other equipment.  Metals are the most common material used. Although welding is normally included as a standard fabrication operation, as welding often includes very specialised skills, it is worth being discussed separately.

What Do Fabrication Shops Do?

Small businesses that specialise in fabrication are often, unsurprisingly named Fabrication Shops.  However, it is worth noting that there is some overlapping between the work of these shops with sheet metal work, sheet metal engineering and machine shop work.

Although it sounds simple enough – cutting metal; it can mean a lot of different things.  It really depends on the accuracy and speed of what you want, as well as the quantity and available budget, as well as the fabrication facilities’ capacities and capabilities when choosing the right shop for the job.

Some general activities covered by welding and fabrication shops include:

What Then Is Welding?

Often a major part of the process of fabricating metal, tack welding is often used to assemble formed parts together to check them for fit and accuracy. You can get paints and welding gear here.

Welding essentially involves the joining of either metals or thermoplastics through coalescence.  This coalescence is done by melting parts together while adding a filler material that forms a weld pool.  Once this cools, a strong joint, or weld, is formed. Although it is often mistaken for being the same as soldering and brazing it differs in that it does not involve melting initial components, but melts the material used between the main components to hold them together.

Various forms of energy are used in welding.  The most widely-recognised one is gas, but ultrasound, friction, electron beam, electric arc and laser are other forms that are used.  Welding should only be handled by a highly skilled and qualified individual, due to the various safety precautions involved to avoid eye damage, electric shocks, burns etc.

By far the most common specialist welding techniques offered by many fabrication shops are:

Metal Inert Gas welding (MIG welding) is also known as metal arc welding was developed originally to weld non-ferrous metals such as aluminium.  Normally it is either a semi-automatic or automatic process involving an electrode being used to join two metal components together. A direct current is passed continuously through the welding gun, while an inert gas is used to stop any contaminants in the air coming into contact with the weld.

MIG welding is a faster method compared to other welding processes which make it best for welding with soft metals.

TIG Welding or Tungsten Inert Gas Welding is arc welding that makes use of a tungsten electrode for the weld.  Similarly, an inert gas such as Argon, Helium or a combination is used to protect the weld from contamination. A filler metal is also used in most welds, apart from autogenous welds that don’t require filler metal.

Compared to MIG Welding, TIG welding is an even more specialist skill and takes a lot more time to complete. 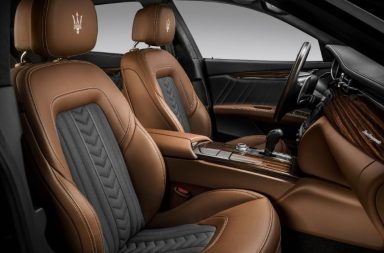